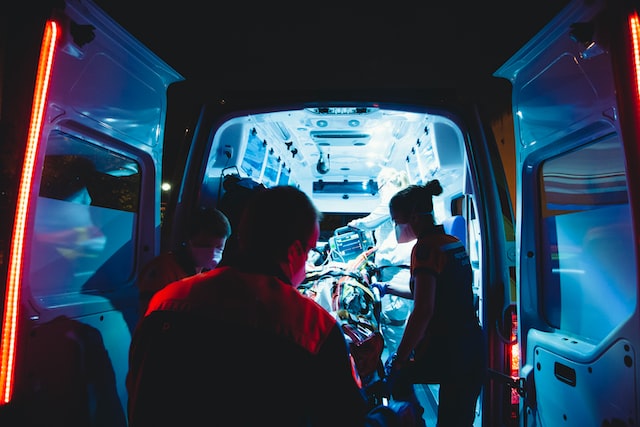 The story was told by Graeme Smith, who took his 92-year-old grandmother to Aintree Hospital on New Year’s Eve after she fell ill.

An elderly woman who was ill waited, before being referred to a ward, for 33 hours, lying on a stretcher in the corridor of a Liverpool hospital in England.

The woman’s state of distress was such that at one point she told her family that she “wanted to die,” reports the Liverpool Echo.

This is the latest case to draw attention to the difficulties experienced by the country’s National Health Service, with hospitals and emergency services being severely overcrowded.

The story was told by Graeme Smith, who took his 92-year-old grandmother to Aintree Hospital on New Year’s Eve after she fell ill. After waiting for hours for an ambulance, the paramedics were surprised by a line of vehicles trying to get into the hospital.

“She arrived at the hospital at 9 p.m., but didn’t get a seat in a ward until 6 a.m. on January 2. The rest of the time he was waiting in a hospital corridor with about 40 other elderly or very sick people,” explained his granddaughter.

The same source added, “They were all being treated as well as the medical staff was able to manage, but some of them were in pain. It was horrendous, to be honest.”

The same thing happened, precisely, with her grandmother. “She became very distressed after a while, she was crying and telling us she wanted to die. She was praying and asking to be taken away. I had never heard her say anything like that,” he recounted.