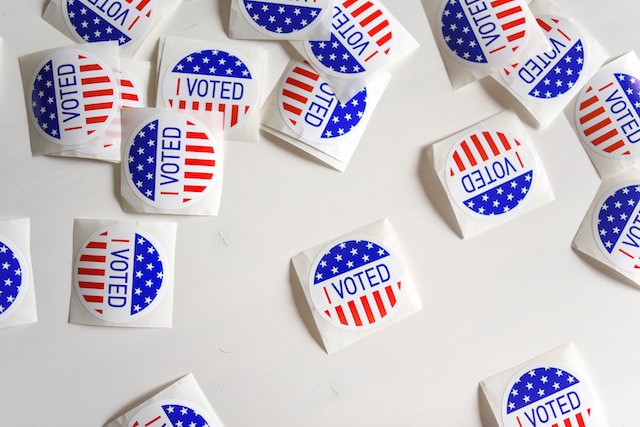 The battle for control of the U.S. Senate will be decided by a handful of states Tuesday, but because of different laws for counting mail ballots, final results in some critical contests might not be clear on election night .

Democrats are expected to outperform Republicans overwhelmingly among Americans who vote by mail – like they did in 2020 – potentially creating a misleading picture in some states as results trickle in.

Look for a possible “blue shift” in states such as Pennsylvania and Wisconsin showing Republican candidates with large leads as ballots cast on Election Day are tallied first then showing Democrats narrowing margins as absentee and mail ballots are added to results.

It was this same dynamic that former President Donald Trump exploited in the 2020 election to falsely declare he won the election prematurely before mail ballots in multiple states had been tallied.

“It’s important for us to be patient while the votes are being counted,” White House press secretary Karine Jean-Pierre said Monday.

Here’s a breakdown of the timelines for final unofficial results in states with the most competitive Senate races.

State law in Pennsylvania does not allow for the processing of mail ballots before Election Day, meaning mail and absentee ballots can’t be taken out of envelopes, verified or scanned before 7 a.m. Tuesday. The GOP-led Pennsylvania Legislature has ignored calls from Democratic Gov. Tom Wolf and local election administrators to change the law to allow the processing of such ballots before Election Day. More than 1.1 million Pennsylvania voters had returned mail ballots as of Monday. Leigh Chapman, Pennsylvania’s acting secretary of state, said counting all of Pennsylvania’s ballots will be a “days-long process.”

Wisconsin law also does not allow the processing of mail and absentee ballots until 7 a.m. on Election Day, putting it behind other states that can begin processing ballots weeks in advance. The state’s largest cities including Milwaukee, which counts mail ballots at one central facility, are expected to take the longest to tally. Meagan Wolfe, the state’s elections administrator, said unofficial results might not be complete “until the early morning hours after Election Day or later.”

In Arizona, about 80% of voters typically vote by mail. Unlike states like Pennsylvania and Wisconsin, election officials are allowed to process mail ballots upon receipt before Election Day. That means a substantial vote count will be posted when the first results are released one hour after polls close at 10 p.m. ET. However, Arizona historically receives a large number of mailed and dropped-off ballots at the last-minute on Election Day. Arizona election officials say the process to count these ballots will extend past Election Day. If the Arizona Senate race is close, it could take several days for it to be called.

Nevada, like Arizona and several other western states, has a primarily mail-ballot election in which all registered voters are mailed a ballot. Election officials are allowed to start tabulating mail ballots 15 days before Election Day. But the counting will continue for multiple days because mail ballots can be received up to Nov. 12 as long as they are postmarked on Election Day. Jennifer Russell, spokeswoman for Nevada Secretary of State Barbara Cegavske, told USA TODAY, “We do not expect unofficial results until a few days following the election.”

A clearer picture on election night

Georgia begins processing mail ballots before the election, and officials expect to have fewer to count this year than in 2020 during the height of the COVID-19 pandemic. Robert Sinners, spokesman for the Georgia Secretary of State’s office, said officials expect to have a “a pretty clear idea” of outcomes on election night, notwithstanding a very close election. In Georgia, a runoff election will take place Dec. 6 if no candidate received at least 50% of the vote – a strong possibility in the toss-up Senate race.

New Hampshire doesn’t begin processing mail ballots until 1 p.m. on Election Day. But it won’t have as many mail ballots to count as many states because concern about COVID-19 is no longer considered a valid reason in New Hampshire to receive a mail ballot. State election officials expect full unofficial results by Wednesday morning.

Ohio should also see a swift reporting of mail ballots because county election boards are allowed to process mail and absentee ballots before Election Day. Mail ballots received before polls close at 7:30 p.m. ET will be included in election results posted on election night. Mail ballots in Ohio must be postmarked the day before the election to be considered.

Colorado, which conducts its election mostly by mail, historically posts a large share of unofficial results when in-person voting ends at 9 p.m. ET. The processing of ballots begins upon receipt and counting begins 15 days before Election Day. Ballots must be turned in by 7 p.m. MT (9 p.m. ET) to be counted.

Florida, which has a long history with mail-voting, began processing mail ballots this election cycle on Sept. 29, allowing most unofficial results to be posted on election night. Florida is historically one of the fastest states to release results. Counties are required to report all early voting and tabulated vote-by-mail results to the Florida State Department 30 minutes after polls close.

Should small businesses care about Earth Day? 7 easy ways you can make a difference year-round.