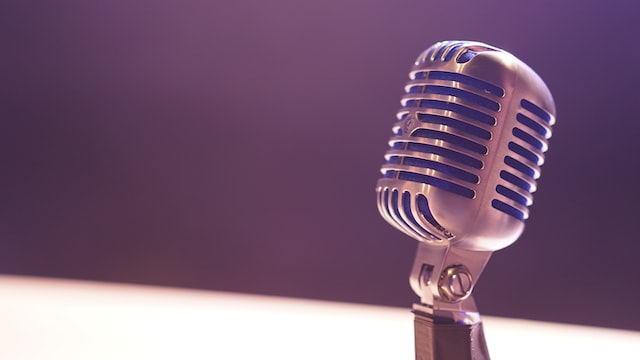 Six decades ago, the singer’s duo with Hazel Dickens revolutionized the genre. As their albums are reissued, she reflected on her unexpected life in folk music and what’s next.

For almost 60 years, death has rarely spurned Alice Gerrard. Instead, it has spurred the work of the consummate folk singer and inveterate archivist. During a series of discursive phone calls last month from her home in Durham, N.C., she was eager to remember the people she’s lost.

First there was her father, Jerry, a British sailor who settled in Seattle and died from heart disease when Gerrard was 7. Then there was her first husband, Jeremy Foster, an avid old-time musician who was killed in a car crash in 1964, just before Gerrard recorded her debut. Suddenly a single mother of four, she made an album that became a bluegrass landmark. And then there was Hazel Dickens, the sharp tenor to Gerrard’s keening lead for nearly two decades, who died in 2011 from pneumonia after years of ailments. The sole survivor of a duo that revolutionized a genre, Gerrard soon made the album “Follow the Music,” netting her first Grammy nomination at 80.

“When somebody dies like that, your father or mother, you’re left with this well of sadness that never really goes away,” Gerrard, 88, said with a soft laugh. “That might be one reason I’m drawn to these death-and-dying songs, these mournful sounds.”

When Gerrard and Dickens walked into a church in Washington, D.C., almost six decades ago to record for the traditionalist record label Folkways, they were not thinking about starting careers or breaking a glass ceiling by becoming the first women to lead a popular bluegrass band. They just liked to sing together.

Still, they did both: Their four hardscrabble albums helped expand the form’s purview, not only with personnel but also with the politics of unions, feminism and civil rights. The first two of those albums, recorded for Folkways, are set for reissue on Oct. 21, as stand-alone records and, together, as “Pioneering Women of Bluegrass: The Definitive Edition.”

After the duo’s 1976 split, Dickens remained a genre star and an activist on behalf of the coal miners of her native West Virginia. Gerrard became a fervent documentarian, chronicling the songs and stories of community musicians throughout the rural South before they, too, died. She shared those tales in the magazine she started, The Old-Time Herald. Gerrard is now one of the few living links to American folk musicians alive during the 19th century.

“I have always been interested in the lives of other people,” she said, excitedly remembering the time she tracked down the ramshackle homestead of the Virginia fiddler Emmett Lundy, born a year before the Civil War ended. “It’s not just the music. It’s the life that the music grows out of.”

But now Gerrard is turning back toward her own life, something she has often resisted. She plans to crowdfund not only her first new album in eight years, but also a sprawling memoir that pairs a lifetime of photos and her conversations with folk legends like Elizabeth Cotten, Bill Monroe and Tommy Jarrell with her experiences making space for women in bluegrass and beyond.

“Alice is inspiring as hell, one of those people who made the world a better place so those who came up behind her didn’t have to fight so hard,” said Rhiannon Giddens, who has in turn made bluegrass more inclusive as a Black singer, songwriter and banjo player. “She makes me want to keep telling the stories I tell and live the way I want to live, with or without the music industry.”

GERRARD’S UNEXPECTED CAREER began as a hard-luck tale, the kind of tragic saga she might have rendered in song. After she met Foster at Antioch College in the mid-1950s, they fell hard for the rawest, wildest strains of old American folk, encapsulated by Harry Smith’s epochal compendium. They quit school when she was pregnant and headed for Washington, D.C., a borderland between North and South teeming in that period with old-time music and country. They roamed festivals outside the city and played house parties overflowing with folk music. That’s most likely where Gerrard met Dickens and, in late 1963, Peter Siegel, a young New York producer gobsmacked by Gerrard and Dickens’s sisterly harmonies.

“For us kids who grew up in ‘rarefied’ or ‘intellectual’ households, there was an authenticity we wanted nurtured. We knew this was the real stuff,” Siegel, a New York native, said by phone from Manhattan’s Upper West Side. “They were so emotionally authentic, an incredible voice. It rang so true to me.”

Before Siegel could return by bus to D.C. with borrowed recording gear, Foster was dead. Gerrard, suddenly a widow without his paycheck from a naval laboratory, pressed ahead with the sessions. Gospel tunes like the fast-picked “Gabriel’s Call” acquired new brittleness, shadowy standards like “Long Black Veil” an extra gravity. While living with family, Gerrard survived on social security and sued the driver who killed Foster for $35,000, allowing the family of five to buy a space of their own. But it was the network of folk musicians — ad hoc babysitters, grief counselors, life advisers — that helped most.

“I was living in this big city, but there was this large community of musicians we’d been involved with. They supported me,” Gerrard said. “It was music that saw me through. It’s always been the community.”

She reinvested herself in that broader network during the eight-year gap between the duo’s Folkways albums. (They quickly cut a follow-up, but the infamous label head Moses Asch simply forgot they’d made it.) She photographed and recorded the titans of old-time and bluegrass. She and Dickens enlisted in the tours of the Southern Folk Cultural Revival Project, where an integrated confederation of musicians trekked across the South for little money, reintroducing the musical heritage to the communities that fostered it. Gerrard often drove the cramped little van through the fraught region, the diverse roster making for a mobile political statement.

“The people whose music we admired so much did not go on about themselves, didn’t brag about what they had done,” Gerrard said. She remembered Dickens’s facetious and lascivious tour rider, written on mauve toilet paper, which demanded daily lobster, sex and onstage martinis. The only thing they really wanted was water.

In 1981, after divorcing her second husband, Mike Seeger, a fellow archivist and musician, Gerrard decided to commit fully to that community. She moved to Galax, Va., without the kids, renting a ramshackle cabin for $50 a month near the epicenter of American old-time music. She scoured the town for songs and stories. When she helped make a documentary about Jarrell, the fiddling master, with Les Blank, she befriended and even played alongside him, as she did with most of her subjects. Gerrard never pretended to be an academic anthropologist or folklorist — this was her life, not her career.

“The young wanted to learn that high-powered stuff, so they weren’t interested in their parents’ music,” Gerrard said, noting she never felt like an outsider, because her enthusiasm was so unabashed. “It was a two-way street. We gave them the pleasure of being able to tell us their story and to know their music would live on, carried on by younger people.”

Yet again, death compelled a fundamental change. She’d documented her elders and lived among them, staying up with the likes of the fiddler Luther Davis, then in his late 90s, to play until midnight. But then they started dying, a depressing reminder that this work wasn’t the only music with an expiration date. She had her own songs to share. “I needed to stop being the mentee,” she admitted.

Gerrard moved to her little house in Durham in 1989, lured by the music community there and the promise of state funds for The Old-Time Herald, then six years old and growing fast. She made solo records, started a string of bands and transformed into a mentor for area musicians.

When the songwriter Mike Taylor arrived in North Carolina for school in the summer of 2007, he vowed he would meet Gerrard, whose voice on those Hazel and Alice records had long transfixed him. When they had coffee soon after he arrived from California, she eyed him with a little skepticism, a fellow West Coast interloper.

Just as his band Hiss Golden Messenger was beginning to earn attention, Taylor worked as Gerrard’s assistant at Duke University, where she briefly taught a course in documenting traditional music. When he asked her to record an album with his friends, she agreed with customary nonchalance. She gave him the flexibility to add unorthodox chords and dissonant textures, creating a gothic folk that distilled her tragedies and hope into the graceful “Follow the Music.” At 80, she had made an entirely different kind of record.

“I could tell she was rubbing against something she hadn’t done before, and she was into that,” Taylor said in an interview. “I get the sense from Alice that nothing is permanent, and that’s a profound belief when you’re working in traditional music, where everything is handled so gently because it might break. But she doesn’t live like that.”

IN 2004, AFTER Gerrard had been in North Carolina for 15 years, she recorded “Calling Me Home,” a song she’d written in Virginia as she watched elders like Davis and Jarrell die. An a cappella elegy about letting go, the song stemmed partly from Davis’s lament that all his old friends had already gone. He had no one to talk to about their good-old days, no one to ask about the past. “That song is a direct reflection of a life lived and a healthy way of looking at death,” said Giddens, 45, who began playing it during lockdown livestreams. “That is not a 25-year-old’s song.”

In September, Gerrard had a question about her past, some bit of minutiae that eluded her. She thought about who to call for the answer. Seeger, Dickens and Blank were all dead, as was an old friend named Ralph Rinzler, who had also been the Smithsonian’s former folk expert. “I realized there was nobody who would actually know anymore,” Gerrard said, pausing her usual rush of stories for several seconds. “Anybody who would have a clue is gone. I didn’t get to them in time.”

Gerrard joked that she spends her days not working so much as watching horror movies and gory crime shows or teaching her dog, Polly, to fetch IPAs from the fridge and drop the empties into the recycling bin outdoors. Still, when she spoke of a half-dozen pending projects, like the album and the memoir, she sounded more energized by finishing them than daunted by the prospect of never having the chance.

“Hazel and I really did something. There is still a small piece of me that has a hard time believing that, because we were just doing what we loved,” she said. “I have this hesitancy to award myself, you know? They have these lifetime achievement awards they always give you. My life isn’t over.”